I created this map to help visualize The Patriot Dynasty, which started in 2001 with their first super bowl win. It includes all regular and postseason games, but does not include pre-season. Clicking on a team's polygon will show the Patriots winning percentage and the point differential against the opposing team selected from the 2001 season to present day. There is also a "Highlights" link, which will open up a youtube video of my favorite game or moment between the associated team and The Patriots.

This chart will be updated the same time that the web map above is updated. 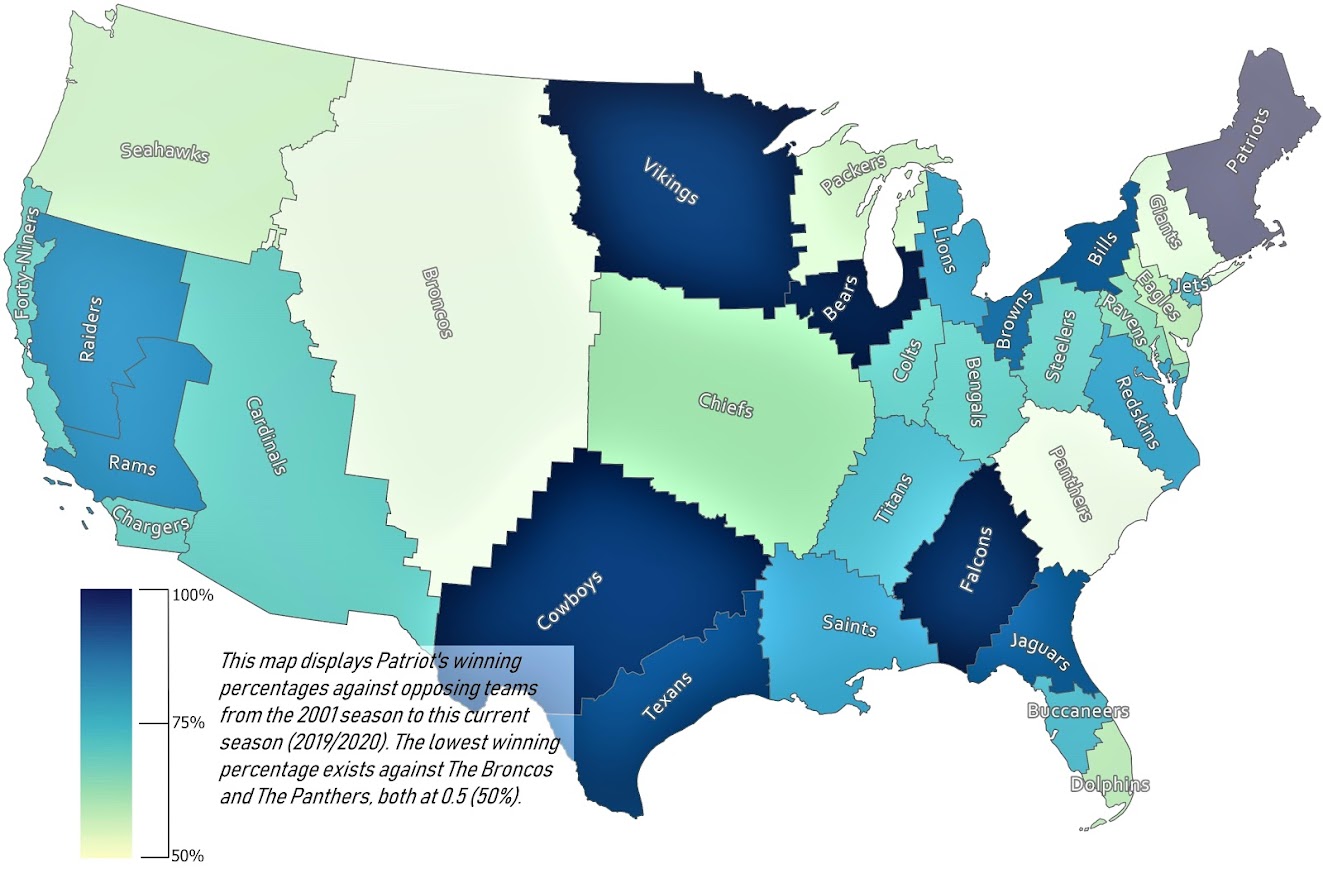 The Two Maps above are static and therefore will not be updated. They were created on 10/20/2019.

How I Made This Map:

I started by scraping the Patriots head to head statistics from ProFootballReference.com using R Studio. A guide on how to get that done can be found here. I gathered all of the tables and organized all of the data in excel. I then created a table that contained every NFL stadium and their individual coordinates. The statistics for each team were joined after the polygons were created.

I used R Studio to create the polygons you see in the webmap. To do this, I used the coordinates of each NFL stadium and the center point of every county. Each team polygon is made up of all of the closest counties to each stadium.

The first version of this map from the R analysis looked slightly different than what you see above. Some of the polygons, especially in the southwest, just didn't look great. I cleaned those up and realigned them in Pro. I completed the data join there, and calculated some extra fields and voila! I got a pretty decent looking layer. The raw geojson file can be found here.

Unfortunately, the R code and the steps that I made to get to this point are a bit chaotic, and I also didn't document them very well. I primarily used this as a guide, but had to make some changes for my own purposes.

Back To R Projects